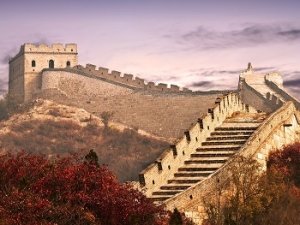 In a divorce, what you call something can make all the difference in the world. It’s like the wall being discussed by the President. It turns out that the wall may not be a wall after all.

Our President says he will build a wall between Mexico and the U.S., or a fence or metal slats, or a barrier.  Maybe he just means a better security system. Maybe it’s just a symbol or metaphor for an anti-immigration philosophy.  Maybe it’s an imaginary wall.

The President is following the advice of Lewis Carol’s Humpty Dumpty.  “When I use a word,” Humpty Dumpty said, in rather a scornful tone, “it means just what I choose it to mean—neither more nor less.”

It reminds me of the Mark Twain story where Tom Sawyer and Huck Finn were digging a tunnel under a cabin wall to get inside.  Huck wanted to use the shovel that was leaning against the cabin but Tom insisted they use his Bowie knife like the Indians did.

After much digging and little progress, Tom turned to Huck and asked him to hand him the other Bowie knife.

“What other Bowie knife?” Huck asked.

“The one leaning up against the cabin,” Tom replied.

Because these cookies are strictly necessary to deliver the website, refusing them will have impact how our site functions. You always can block or delete cookies by changing your browser settings and force blocking all cookies on this website. But this will always prompt you to accept/refuse cookies when revisiting our site.