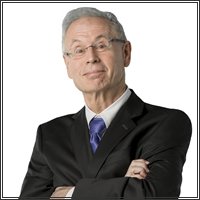 Managing Partner and Co-founder of Thyden Gross and Callahan, a law firm in Chevy Chase, Maryland. Author of four books on divorce. Formerly tax counsel for Satellite Business Systems, communications attorney for the FCC, and chemical engineer for the Procter & Gamble Company. Master of Laws in Taxation, Georgetown. Highest ratings by Martindale-Hubbell, SuperLawyers and Avvo.com.

You’re welcome to call James J. Gross at 301-968-2391 for the most immediate assistance, send him an email at tgclawyers@smart.net, or fill out the form below and we’ll respond to you as soon as possible, usually within one business day. For your convenience we don’t require many fields in the form below, however please leave a phone number or email address so we can get back to you.

Because these cookies are strictly necessary to deliver the website, refusing them will have impact how our site functions. You always can block or delete cookies by changing your browser settings and force blocking all cookies on this website. But this will always prompt you to accept/refuse cookies when revisiting our site.