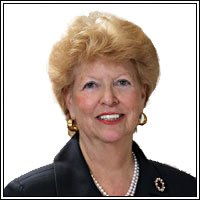 Freda Lippert Thyden has practiced over 35 years in the areas of juvenile law, communications law, and federal administrative procedure.

Formerly a senior attorney with the Federal Communications Commission, she represented the FCC in administrative litigation, developed law and policy regarding Children’s TV programming and commercial advertising guidelines, and chaired the Emergency Medical Radio Task Force.

Additionally, Ms. Lippert Thyden was the research attorney with the D.C. Bar Association’s Project on “Law, Mental Disorders and the Juvenile Process”, co-directed by Samuel Dash and Alice Brandeis Popkin. Prior to this position, she was an attorney with the Office of General Counsel of the Department of Health, Education & Welfare (currently the Department of Health and Human Services).

She has published in the American Bar Association’s Family Law Quarterly and the University of Louisville’s Journal of Family Law on the subjects of due process in juvenile court, constitutional rights of juveniles and the legal rights of putative fathers.

You’re welcome to call us at 301-907-4580 for the most immediate assistance, or fill out the form below and we’ll respond to you as soon as possible, usually within 1 business day. For your convenience we don’t require many fields in the form below, however please leave a phone number or email address so we can get back to you.